I’m planning to drain down my system to replace the 3 way valve which has been buzzing away for months and occasionally sticking.

While I’ve got the radiators drained I was hoping to also swap out a TRV which has been unreliable since it was first fitted a few years ago. All the other TRVs are fine.

The TRV is a Danfoss RAS-C2 and the pipe work is 10mm.

If possible I just want to replace the valve body by loosening off the two nuts on the existing body and then slotting in the new one, reusing the existing nuts olives etc.

My concern is that the replacement valve I have available is the standard 15mm version and I don’t have a new 10mm adapter that I believe provides the equivalent of a 10mm olive. So if it is not possible to reuse the existing adapter then I’ll be stuck.

Can anyone confirm that I’ll be able to do the swap without obtaining a complete new 10mm version of the TRV ?

Photos show the existing TRV in place. I’ve tried to show where the 10mm pipe enters the valve. Other photo shows the new valve body which I hope is the only part I’ll need to use.

Should be ok to straight swap for a new valve.
Whats the issue with the Danfoss? I find them to be a good valve
R

scott_d said:
Should be ok to straight swap for a new valve.
Whats the issue with the Danfoss? I find them to be a good valve
Click to expand...

All the other TRVs work fine, it’s just this one where the pin keeps sticking either up or down. I’ve tried swapping over the head with one from another radiator and it definitely seems to be a problem with the valve body.

So you don’t think I’ll have any problem reusing the old 10mm adapter/olive ? I’m just a bit nervous about taking the old valve off and then finding I’m indeed going to need a new 10mm adapter which I don’t possess as it’s the standard 15 mm version I have available here. Extra photo here shows what you get with the 15mm valve (No 10mm adapter !)


Thanks for your help

As above looks new ish as well

Have you tried putting a bit of 3 in 1 oil where the pin is ?

Should be a straight swap.
If it isn’t you can put the old valve back on until you get a suitable valve or fitting
R

The valve was fitted about 9 years ago and has always been a bit temperamental. I have tugged at the pin a few times in the past to unstick it but never tried putting oil in. I’ll give it a go. To be honest we got fed up with the room overheating or getting too chilly (it’s the main sitting room) so I ended up replacing the hall thermostat with a wireless one that we could stick in the sitting room. That way we could leave the problem TRV permanently open and rely on the wireless stat to control the temperature.

It’s only now when I’m draining down anyway that I aim to properly fix the valve.

Sounds like I can take it apart without too much risk. I’ll make sure I do it when the suppliers are open in case I need to get another proper 10mm valve kit.

Thanks again for your advice.

chances are there the snap reducers which you cant replace
R

ShaunCorbs said:
chances are there the snap reducers which you cant replace
Click to expand...

Hmm. Does that mean you can’t reuse it ? So you must fit a new one if you remove the valve? Or do you mean that you can remove the valve and leave the reducer in place to be reused?

I don’t actually know what the reducer looks like as I wasn’t watching when the plumber fitted them originally so I can’t picture whether it will remain attached to the valve body or the nut or the pipe itself when the valve is removed. 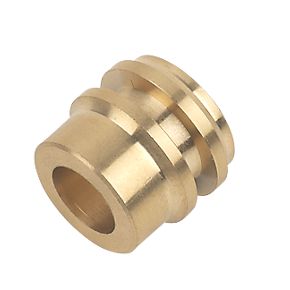 Ok thanks for that.

Reply to Danfoss RAS-C2 10mm swapping out in the Plumbing Forum | Plumbing Advice area at PlumbersForums.net