Discuss Loo leak (from inlet) in the Fittings & Pipes area at PlumbersForums.net

Hi all. I noticed today that some stains have appeared on my downstairs hall ceiling, just beneath the en-suite - there is a large sort of brownish or rust-coloured patch just about where the shower tray is and then a much paler patch over to the right, roughly below where the toilet pan sits. Upon going to investigate, I found a trickle of water from the inlet, which has presumably been running down the pipe, into the floor cavity and through the plasterwork. Although why it's such a dark sort of rust colour I don't know - can only imagine it's been stained by whatever grime is sat above the plaster.

As to why the larger, darker patch is well to the left of the toilet (and beneath the shower), I am hoping that it has simply been running that way because the surface isn't perfectly flat (a spirit level on the ceiling would appear to confirm that) - rather than it being down to a second problem around the area of the shower. I'm fairly sure both stains have appeared quite recently, although it's not like we look up at the ceiling all the time so it's hard to be sure.

Anyway, I've isolated the inlet supply and drained the cistern, and I presume the rubber seal/gasket where the fill valve is seated has just worn (doesn't look in great nick) so is letting water through from there. I've loosened off the plastic collar beneath the fill valve but the metal nut on the pipework is a bit more of a challenge - it's very awkward to access as there isn't much clearance, but I will have a go tomorrow and see if I can get the valve unit out to inspect it properly.

What I'm wondering is (and forgive me if it's a daft question) whether I could potentially get a replacement gasket once I've got the measurements or whether this is one of those situations where it's as well to replace the whole fill valve. Seems a shame if it's working fine otherwise, to chuck the whole thing and shell out for a new one just for the sake of a bit of rubber, but I don't know what the normal lifespan is on the rest of the unit (and it's been in there maybe 10 years or so).

It's a Roca valve - I don't have the exact model number, but the WC is a Roca Laura model.

I had a similar problem with my Ideal Standard cistern downstairs when the seal failed and caused a trickle into the bowl - I mentioned it to the plumber doing my boiler service and he reckoned I'd need to replace the valve, but in the end I found the seal and clip for about £4 and (touch wood) it's been going strong ever since, so I'm wary of replacing stuff unnecessarily.

Any wisdom welcome from the watery wise. 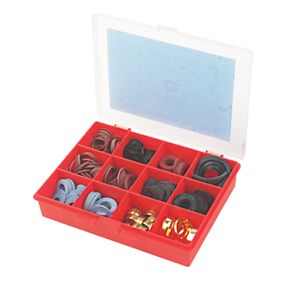 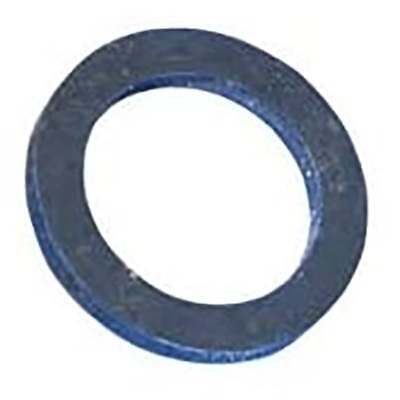 15MM HEP20 WAVIN FLAT TAP CONNECTOR WASHERS.
www.ebay.co.uk
Warning If Your Asking Advice About Repairing A Fuel Burning Appliance, Dont Be Alarmed / Put Off If We Ask For Your Registration
B

Esteemed
Plumber
This might be your easiest option, unless your local plumber merchant has the rubbers on their own - they should do. 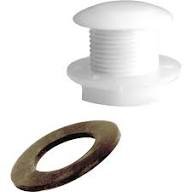 This is called an overflow stopper and is 99p in toolstation.
OP
L

I've now got the valve out, and in fact the rubber ring looks in better condition than I first thought. Not just that, but it took quite some teasing out due to the sealant around the base and connector, so I'm thinking the leak could have been from the fibre washer inside the nut on the isolating valve rather than coming from the cistern itself. Perhaps the more likely culprit. So I'm a bit narked that I might have removed the fill valve unnecessarily and created myself more work, although I'm not sure if there would have been enough clearance to replace the washer with the valve still in situ.

Anyway, now that I've got the thing out, I'm wondering if it would be as well to replace the fill valve after all while I've got the bonnet up, as it were. Seems OK but presumably wouldn't last indefinitely, and looks like replacements can be had for under £20 with a bit of searching.

As for sealing it back in place... obviously I don't know what sealant was used originally. It looks just like transparent silicone, but I'm not sure if it would be just (ahem) bog standard sanitary sealant or something more specific than that. Any thoughts? Obviously I will replace the washer and I'm wondering if it's worth using a bit of PTFE tape on the thread before putting it all back in place, as it could so easily have wrecked the ceiling below if the leak had been worse.

Plumber
Gas Engineer
Looking at your photos I’d have suggested as Shaun has, it’ll probably be the fibre washer on the inlet feed and not the fill valve.
You must log in or register to reply here.

Reply to Loo leak (from inlet) in the Fittings & Pipes area at PlumbersForums.net. Plumbing questions, answers, tips and tricks.