This official sponsor may provide discounts for members
F

I have a shower with twin (hot and cold) taps which feed pipes hidden in the wall which go up to the shower outlet from where the hose is attached. Now I want to change those taps and replace them with a mixer having just the one control for temperature and water pressure.
However, looking for this mixer I can only really find ones that have the hose attachment also (which I don't really need because the hose of mine is already attached higher up the wall), or which are too small to completely cover the pipe outlets (which are 16cm apart) in the wall.

Generally, though, I'm not sure I can buy a normal mixer because of the way that the water goes up the pipes to the outlet higher up the wall, rather than through a hose attachment on the mixer as most showers have. Can anyone give me some information about what type of mixer I can buy and where I might find the type that I think I'm looking for, or will a normal mixer do the job somehow?
Thanks in advance for any information.
Below are pictures of the shower and the pipes as I can see them when I take the taps off, and an example of the type of mixer I'm looking for: 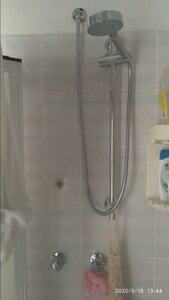 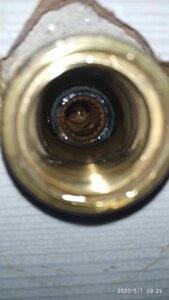 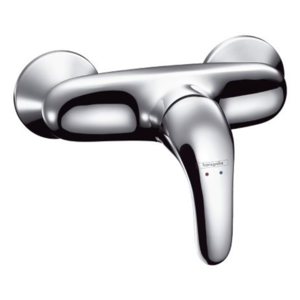 This official sponsor may provide discounts for members

http://www.jcplumber.co.uk/
You must log in or register to reply here.